New York City never lacks foodies, and it is time to gather them!

We went to an event called Chef Showdown tonight. Four chefs were competing under one roof in Manhattan for the Chef Showdown VI title.

According to the rules, 4 chefs need to make food for 135 foodies based on the theme provided by the event organizer. The foodies have to give their votes to the best dish they like among the 4 after trying the food. Tonight’s theme for the food is SUMMER! Yay.

Chef Garima Kothari made Bombay vada pav through refining the food style originated from her hometown. 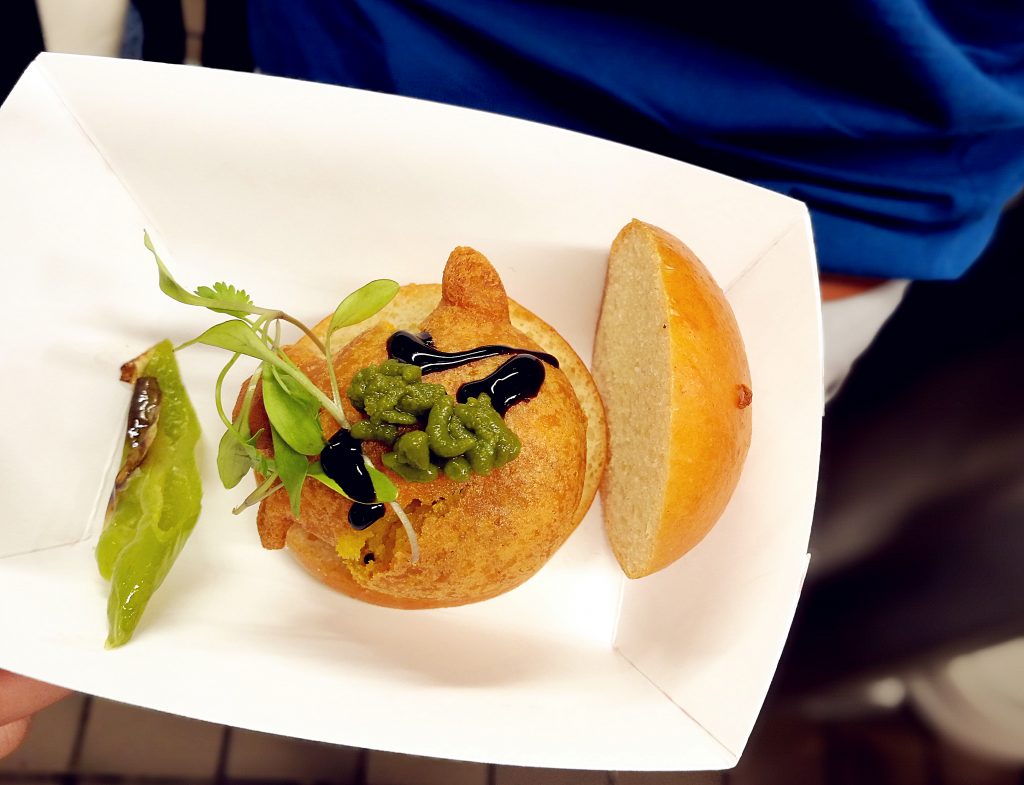 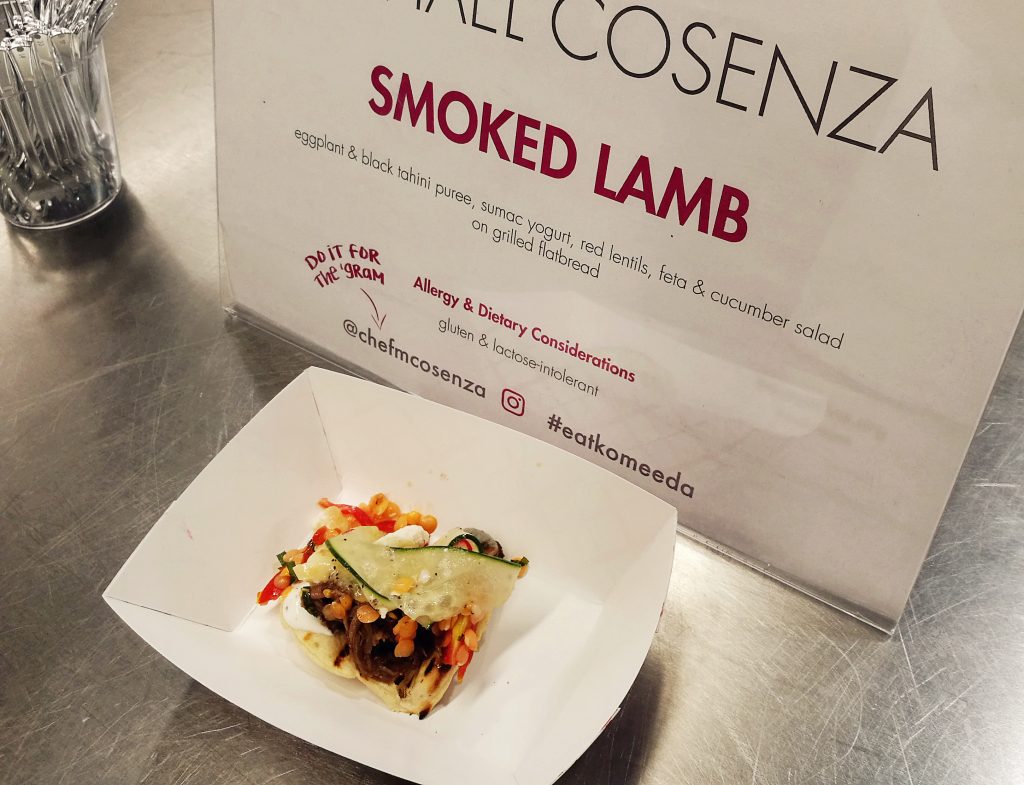 Chef Michael Cosenza’s smoked lamb did not capture my attention at all when I ate it as presented. Later, when my friend Lyell got me some extra lamb left by the Chef. I just realized that the lamb was so well-made and amazing!!

However, the lamb might be a bit heavy and oily in the summer time.

Chef Alexander Magloire II’s Thai chicken arepa is my favorite among the four dishes! The chicken meat was perfectly cooked, with some pickled carrots, cucumber, and dragon fruit as a nice hint of the overall taste. Oh, the dressing flavor (a mix of mint, ginger, and coconut) was also a killer!

No surprise, I gave my vote to this dish. 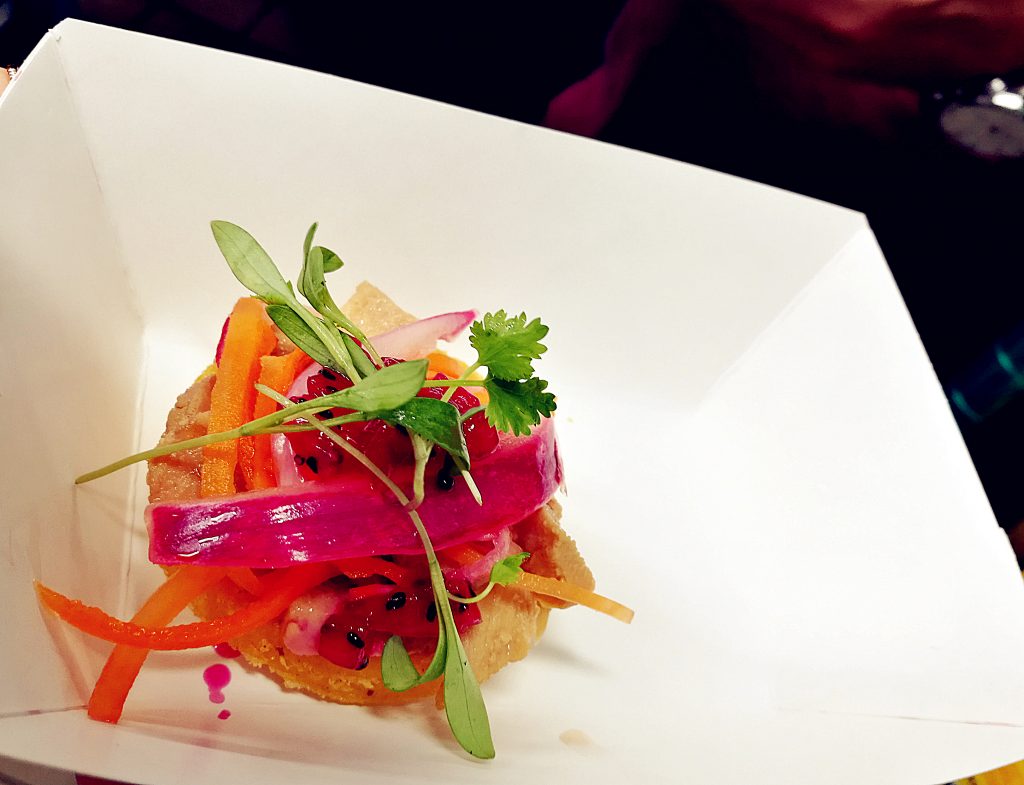 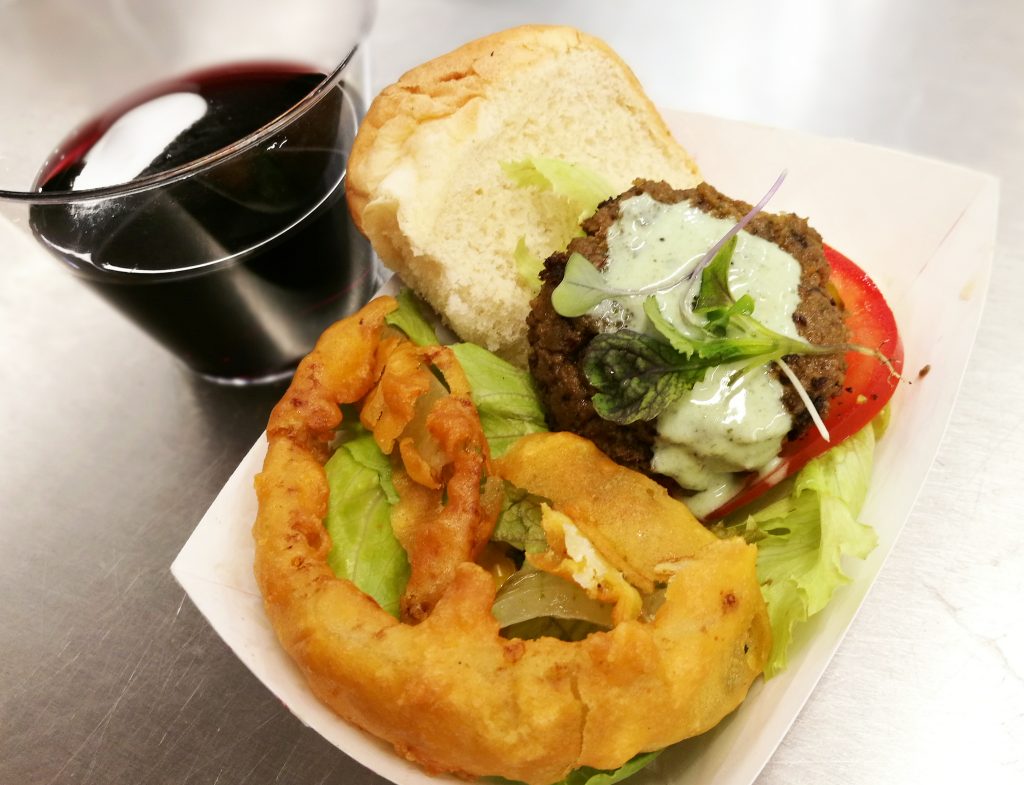 It took us loooong time to get to Chef Debleena Anand’s Shaami Kebab slider. Quite a few foodies gave up waiting since the food-making process was slow. Maybe it was the wait had increased my expectation, the food did not hit me right away as well as the food made by Chef Alexander.

A good event is always about having adequate social interaction.

The unique aspect of the Chef Showdown lies in the fact that eaters and chefs can have a face-to-face conversation. Chefs can explain to the audience about their inspirations. Meanwhile, the eaters can understand the story behind each dish as well as give their feedback to the chefs regarding the dish immediately.

On a rainy Friday night, what else you need if you already have good wine, good food, and good company.

I'm an art lover, blogger, and an amateur photographer. I was made in China and currently live in New York. When I'm not typing or deleting words, I am either trying to save the nature via my full-time job or planning my next adventure.

This site uses Akismet to reduce spam. Learn how your comment data is processed.